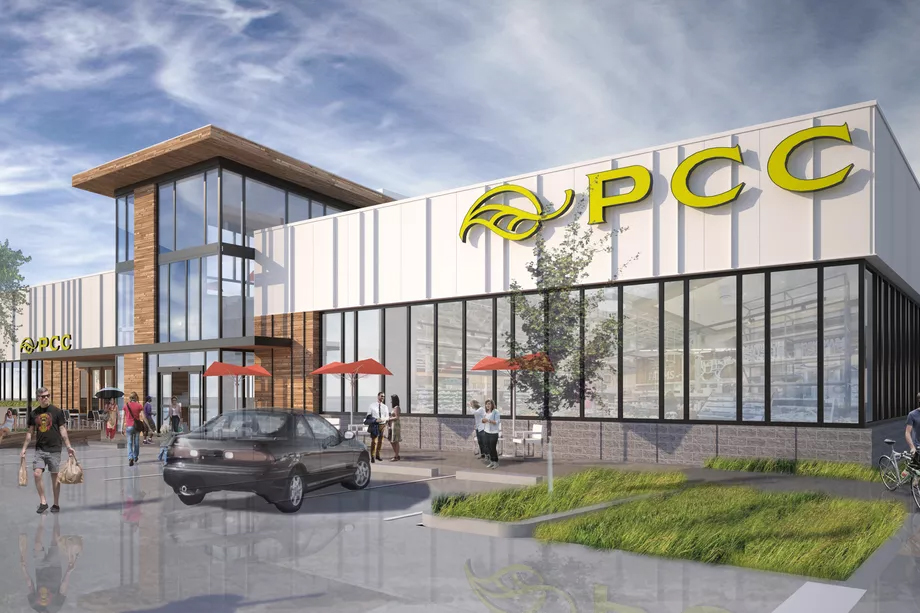 Local grocery chain PCC Natural Markets announced late Thursday that they’re opening a Ballard location in the spring of 2019—and shared a first look at the store’s design.

The store will be going up on a vacant lot just south of the Ballard Blocks development, already home to a Trader Joe’s and famous for being built around the Edith Macefield House. That’s a block from the 14th Avenue Boat Ramp along the Lake Washington Ship Canal, and about two blocks from the neighborhood’s longstanding Fred Meyer store.

A release from PCC points to the store’s union workforce—something it shares with Fred Meyer—and says it’ll be the neighborhood’s second independently-owned grocer. (The other, presumably, is the Town and Country Ballard Market several blocks north.)

Plans for the store, designed by local architects Graham Baba and MG2, include 25,000 square feet of retail space and a rooftop deck for checking out the water view while munching on…