In July 2017, China announced they will no longer accept American trash with over 0.5% contamination [1]. As Americans, we are not only one of the biggest contributors to plastic pollution but we are also the most removed from the impact.

Eleven Magazine’s Plastic Worlds competition focused on the prevention and/or collection of plastic pollution in rivers and oceans. Looking for an outlet to flex their shared passion for sustainable design, Cece, Dominique and Lovelyn joined forces as an MG2 Competition Team. They initially assumed that as architects and designers, they would opt for an architecture-based solution. Early on in their ideation however, they identified the ‘what, why, how, and who’ of the problem and concluded that because the problem is created by humans, the most effective solution would require altering human behavior. While the competition focused on the pollution of waterways, they realized that the greatest impact would be made by reducing the production of new plastics altogether. Their philosophy was echoed in a quote from Annie Leonard, executive director of Greenpeace, and Martin Bourque, director of the Berkeley Ecology Center: “If your bathtub was overflowing, you wouldn’t immediately reach for a mop – you’d first turn off the tap.” [2]

Ultimately, the MG2 team took on a problem even greater than was required by the competition, set aside their academic and professional training in design and created a business concept. Their winning concept is called ‘Upstream’ – a nod to both waterways required in the brief and the packaging supply chain. The concept seeks to reduce the demand for virgin material through a heavily incentivized closed-loop recycling system that removes the sorting burden from municipalities and end-users, converts the collected plastic waste into ‘raw’ material used to produce Upstream bottles and delivers them to companies to reuse.

In addition to winning the People’s Choice award, Cece, Dominique and Lovelyn experienced first-hand how important it is to employ a design methodology that starts with removing self-imposed constraints and assessing problems from a human-focused perspective. Learn more about Upstream and their process in the interview below:

Q. What drew you to this competition?

Cece: When I first heard about the competition, I wanted to gather a team of people passionate about the topic. We don’t often talk about things related to plastic pollution in our day-to-day. I had worked with Lovelyn on PCC Community Markets and therefore knew of her interest in social responsibility. I hadn’t had much interaction with Dominique since he was new to the office and works in a different studio.

Dominique: Beach cleaning in Hawaii was where my personal connection really took hold. After 100 consecutive days on the same beach I realized that it wasn’t an uncommon problem – and it grew daily.

Lovelyn: Socially responsible design and disaster relief design is what drew me into architecture. After hearing scary statistics about plastic pollution, I knew I wanted to join the team.

Q. Did you consider any other concepts before settling on a business concept?

Cece: I originally formed the group to develop a solution using the principles of biomimicry. Because biomimicry is a passion of mine and doesn’t get much exploration in conventual architectural practice, I wanted to explore it in this context. However, my teammates shifted my perspective to equally compelling solutions.

Dominique: The very first ideas I had in mind were creating an artificial bypass river, siphoned and elevated as a new area of preservation devoid of human contact. The area was meant to be a zone where animals could be cultured and slowly reintroduced into the real waterway after intensive cleaning was completed. But as a group, ideas such as bans, policy and plastic production took priority.

Lovelyn: We ideated about a floating plastic museum, a bio-refuge habitat, and a superfund policy. At one point, we were trying to create an animation, inserting emotional faces on different types of bottles. We were even seeking help from an animator to teach us how to create motion art.

Q. How did you re-approach the brief after your initial research and brainstorming?

Cece: The competition brief specifically asked for a solution involving prevention in rivers or collection in oceans. We had a preconceived notion that oceans and collection would offer the most compelling solution; ocean pollution is more publicized so it seemed like the obvious choice.

However, after a couple days we realized prevention was the more critical aspect, and therefore rivers would be our focus. We learned that only 10 rivers contribute to 90% of plastic pollution in our oceans [3]. This statistic shocked us.

Dominique: We decided as a group that our goal was to ‘turn off the tap.’ We wanted to be proactive versus reactive. There is so much waste flowing into the oceans but stopping it at the source was the way to go. It’s easy to drown in the research but we didn’t allow each other to get lost in the details. We kept pulling back to look at the big picture.

Lovelyn: Of course, we each have our own perspectives and personal interests but the three-person dynamic kept us all in check. After all of our research we decided to metaphorically stick to the brief. We collectively knew that we wanted to close the loop but we didn’t know how at first. All we knew was that prevention is key and that we were the source.

Q. Incentives are an important part of making Upstream work. Which stakeholders were the most important to incent and how did you decide what incentives would be effective?

Dominique: Companies and consumers. We thought about companies first because without financial gain, most companies will not change. The consumers are a close second but require a more consistent system of incentivization. With each decision to buy, consumers face competing incentives. To discover what each group needed, we had to identify their most basic needs. Consumers demand a consistent product and accessibility. Companies demand a steady calculable consumer stream.

Lovelyn: Applying incentives at all levels was key to achieving a continuous loop. We thought about partnering with popular brands that use recycled plastic in their products: durable products like fleece sweaters, bottles, luggage and furniture, among others, would serve as a purposeful end-of-life for Upstream plastic bottles.

Cece: The app we created allows consumers to order products with ease while educating them on their recycling practices. The end of life products Lovelyn just mentioned are rewards users can unlock after hitting certain levels in the app.

Q. Do you find yourself behaving differently regarding recycling practices in your personal life following this experience?

Dominique: Absolutely. Soon after the competition, I conducted a waste audit of MG2 and gave a presentation to the whole company about the current stats on our own waste practices. We took those stats and are now helping to educate our office on proper recycling practices. The audit has forced me to be an expert in the office which is a great (and stressful) method of accountability.

Lovelyn: This type of behavioral shift takes time, so it’s very important to be kind to yourself as you work on progressing. I try to reuse plastic containers until they’re truly at end-of-life. I’m more diligent about the way I handle recycling and I opt out of buying products with excessive single use plastic packaging. There is always room for improvement, so I am constantly researching best practices.

Cece: How could I not? Dedicating my career to sustainability I thought I was functioning with best practices: opting for the green products, carefully recycling and using reusable cups, utensils and straws daily. This competition brought me to the next level. I’m now hypersensitive of every plastic item I buy. When shopping, I am consistently questioning whether there is a plastic-free alternative or wondering how the company could design their packaging better. Let’s just say my time spent at the grocery stores has dramatically increased!

Q. Have you carried any of the methodologies you learned from Plastic Worlds into the design challenges you face day to day at MG2?

Dominique: In general, collaboration and diversification of thought fuels a more holistic perspective. Since the competition, I have also taken more initiative in facilitating the sustainability conversation throughout the office. I’ve also learned the importance of communicating design initiatives devoid of personal interest.

Lovelyn: Design thinking methodology requires us to identify and remove self-imposed constraints to allow for different perspectives in problem-solving. I’ve learned to reassess the problem first and foremost. Asking ‘why?’ after developing your solution might actually change your solution. I look forward to using this learned design approach to help lead MG2’s Competition platform.

Cece:  I now ask myself why certain design decisions are being made and to whom they benefit. It’s interesting to see how incentives play a role in our industry. The competition opened my eyes to the balancing act designers have between clients, users and jurisdictions.

It is all too easy to jump to a solution. But to challenge your own pre-conceived notions and look at the problem through different lenses reveals a whole new line of thinking. Thank you for reminding us of that. 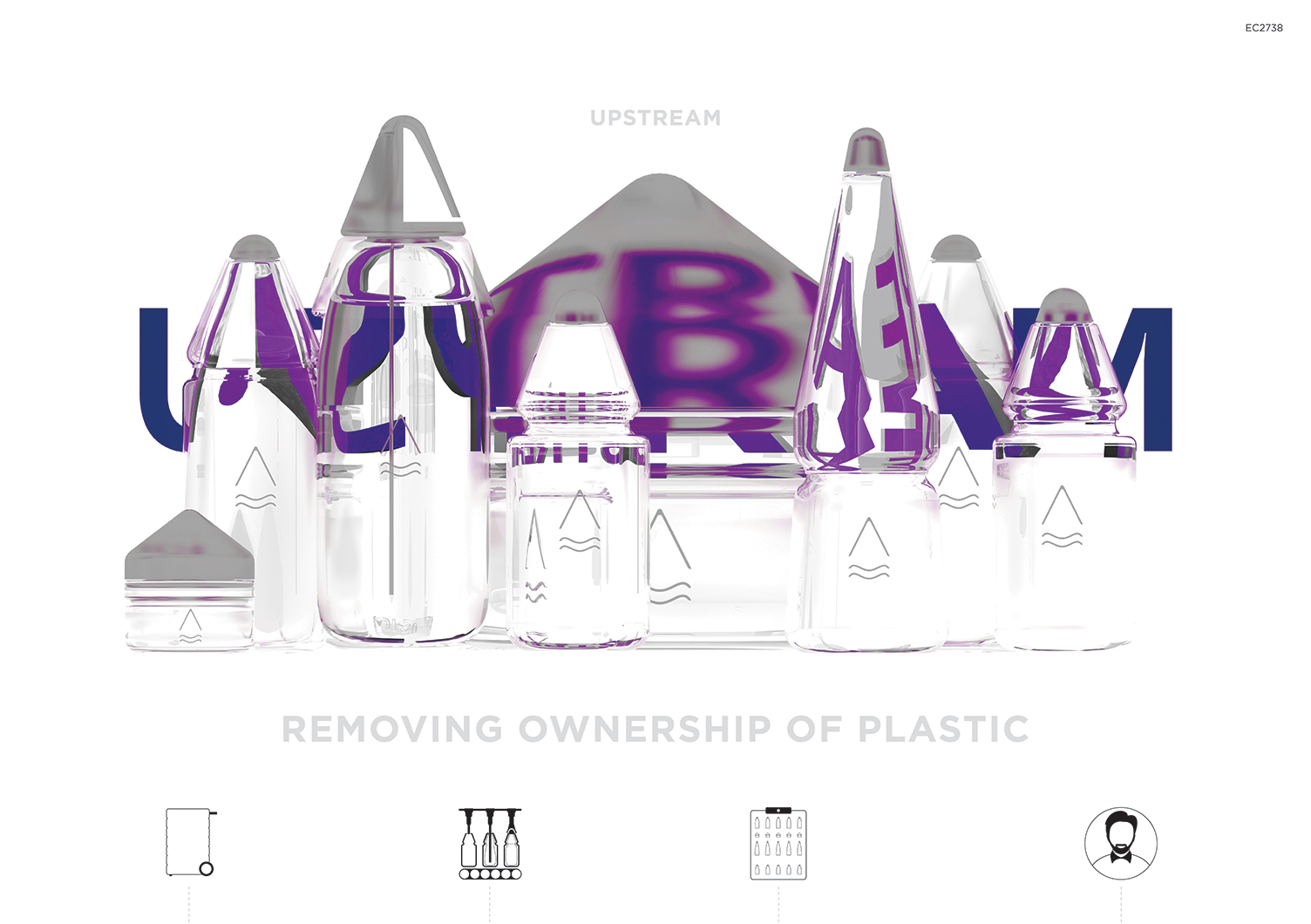 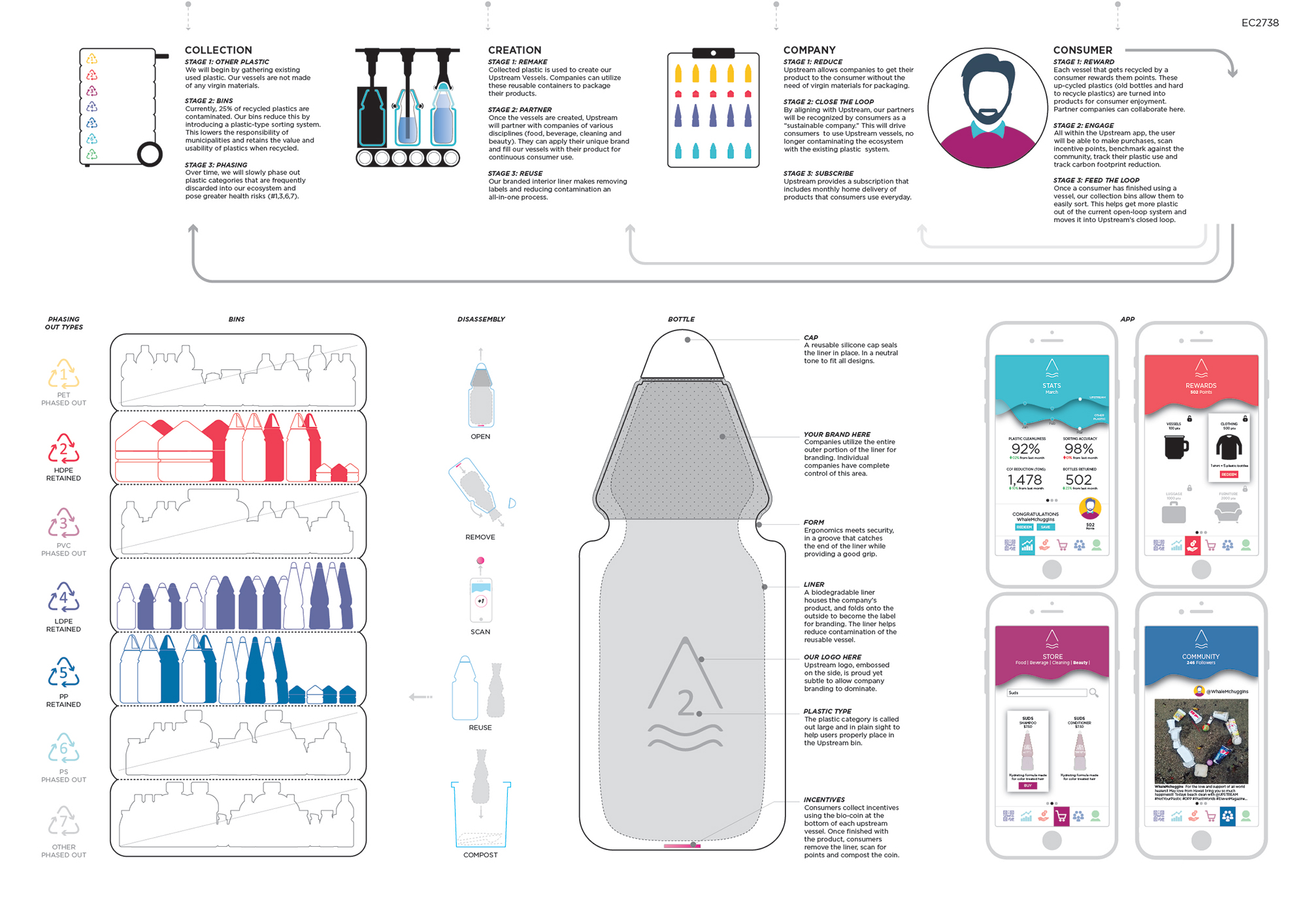 Cece is a member of MG2’s Commercial studio and is a co-chair of the MG2 Sustainability Forum. She is also a co-facilitator if the Living Future Seattle Cascadia Collaborative. She earned her Bachelor of Architecture and Master of Science in Sustainable Architecture from the New Jersey Institute of Technology.

Dominique is an associate in MG2’s Commercial studio and is a co-chair of the MG2 Competitions Team. He earned his Bachelor of Arts in Architecture at the University of Kentucky’s College of Design.

Lovelyn is a member of MG2’s Retail studio and is a co-chair of the MG2 Competitions Team. She earned her Masters of Architecture from the University of Southern California and her Bachelors from Ball State University.