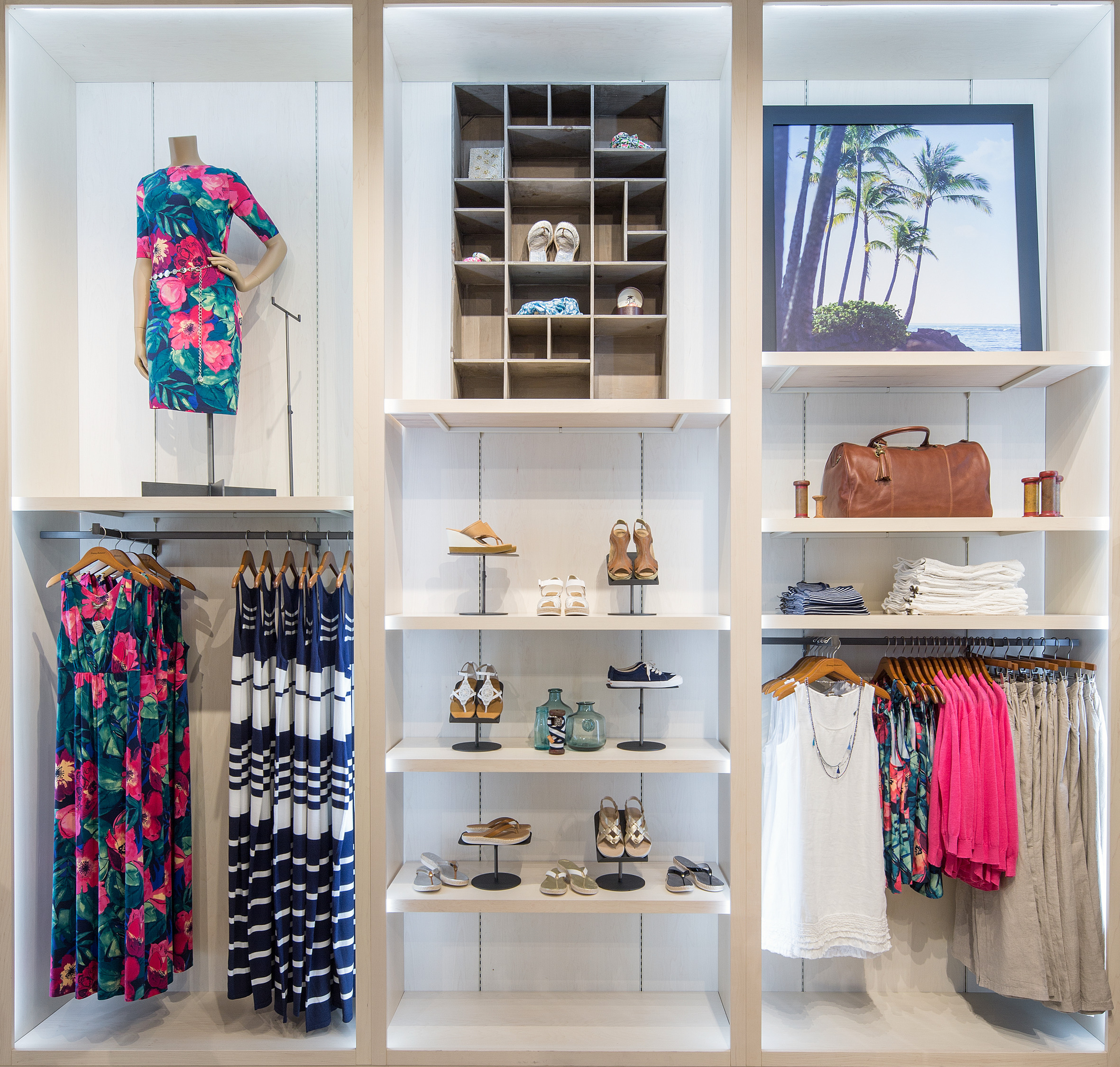 Bonjour, mes amis! During the 16th annual International Retail Design Conference (IRDC), Sept. 13-15, 2016, in Montréal, attendees gleaned invaluable insights from a variety of presenters – speaking on topics ranging from cannabis retail to design ROI – enjoyed off-site tours of our French-Canadian host city and mingled with fellow industry peers. Ideas were challenged, creativity was sparked and newfound  connections were made. Here are just a few of our favorite moments from this year’s event.

Brand design consultant and creative riCardo Crespo kicked off IRDC with an unwavering level of energy during his opening keynote presentation on the continual evolution of design and retail. An “ad agency guy” by pedigree, Crespo shared with the audience valuable learnings from his time on the client side at Mattel, as worldwide group creative director, and as senior vp, global creative chief at 20th Century Fox. “Compelling brand design is a strategic disruption of expectations, not an accommodation of them,” he declared.

But how can designers bridge the gap between the subjective and objective, so the value of design can be tied to brand strategy and proven viable to the executives at the top? The solution, says Crespo, is to change how brand valuation is determined. If we look at the baby boomer generation, he explained, they expect an efficient transactional retail experience. By comparison, he says, consumers born post-1980 typically look for more than a simple transaction from retailers, they seek out an experiential and transparent relationship with the brands they hold dear. Crespo left the audience inspired to question the norm and rethink the ways in which design reinforces brands in their own organizations.

Breakout sessions began the first day prior to the opening keynote and following the asia a go go panel, including “Design Diary: Bringing Kenneth Cole’s Brand and Message to Life,” featuring speakers Peter Burgoyne (dash design) and Stephen Policano (Kenneth Cole). Others included “Working with the Mothership: How to Create a Successful Shop-in-Shop,” a how-to on shop-in-shops, led by FRCH Worldwide’s Robyn Novak; and “Trading Spaces: Crafting a Seamless Experience that Blurs the Lines between the Physical Store and Online Retail,” moderated by Stéphane Bernier (Ædifica) with Caroline Poirier (Aldo) and Sophie Boulanger (BonLook). The session explored how two local Montréal retailers – Aldo, a 40-year-old shoe brand, and BonLook, a young online eyewear startup – have each crafted omnichannel retail journeys that blur the lines between their virtual and physical storefronts.

In another session, cannabis retail design aficionada Megan Stone, owner and founder of The High Road Design Studio (Phoenix), spoke about the rapid progression of legalized medical and recreational marijuana laws throughout the U.S. and abroad, noting the industry’s growing influence on the retail and consumer packaged goods fronts. Gone are the days of dark store designs and amateur packaging: Customers are coming to want and expect an elevated store design and high-style packaging to match, potentially alleviating the stigma of legalized use.

Always a popular fixture, this year’s power tracks – each encompassing three presentations in a 90-minute timeframe – included a focus on international trends in “It’s a Small World: Retail Design Around the Globe.” The track featured lectures from speakers John Ryan (VMSD magazine), Eric Feigenbaum (Embrace Design and VMSD magazine), as well as partnered presenters Rebekah Matheny (The Ohio State University) and Carolina Baltar (be.bo). While their presentation topics varied, each reinforced the theme of customer immersion and the need to adapt brands to evolving times through the lens of international projects. “Working with Creatives – Embracing the Creative Community,” part of the “Professional Development” power track, featured presenters Joe Baer and Addie Ashworth (both from ZenGenius), who explored the proper ways to manage creative minds on a design or visual team. Attendees were encouraged to don flamboyant eyewear while playing an audience-wide, interactive mock game of “Cards Against Creatives” (a new take on the popular game “Cards Against Humanity”).

In the session “Amplifying the Essence of a Brand: Building Upon the Heritage of Iconic Tommy Bahama,” Frank Kennard (Tommy Bahama) and MJ Munsell (MG2) told the story of the Seattle lifestyle brand’s journey to return to the distinctive island-centric experience for which the brand had been known, but from which it had recently strayed. The end result: a design strategy that brings the beach back to the heart of the store design via a three-tiered approach – “iconic resort,” “family retreat” and “island bohemia” – with unconventional textures and abstract prints. David Kepron (Marriott Intl.) presented a general session on creating immersive experiences for guests and harnessing new technologies like virtual and augmented reality to measure customer experience and satisfaction. In another general session, “Building the Bridge Between Business and Creative,” Brian Shafley and Leah Cotterman of Chute Gerdeman raised the pressing ROI concerns many retailers and design firms face when developing a new concept and discussed how creative success does not always equal business success.

The off-site tours during the afternoon of Sept. 14 included a walking tour of Montréal’s famed Old Town, a journey through IRDC City Host JPMA’s Montréal manufacturing plant and a tour of the Underground City, where guests could explore the city’s underground malls, businesses and tunnels. JPMA’s tour included a rousing surprise finale by Cirque du Soleil acrobatic performers, and the musical accompaniment of a contemporary violinist and DJ/drummer duo. On the evening of Sept. 15, the closing night bash at Montréal’s Time Supper Club allowed attendees to network one last time with peers and friends, where they were treated to hors d’oeuvres, dancing and cocktails.

AND THE AWARD GOES TO…

The ZenGenius team kicked off the annual VMSD Awards Luncheon, Sept. 15, naming this year’s winning Iron Merchant Challenge team, Team Red, led by returning champion Kepron, whose display fully embraced this year’s eco-minded “G’litter Done” theme while incorporating influences of his metropolitan hometown and the conference’s host city, Montréal. VMSD Editor-in-Chief Jennifer Acevedo welcomed to the stage Barry Bourbon of Gensler to accept the award for its Retail Renovation of the Year-winning project Raymond Ready-to-Wear in Bangalore, India, and Samar Younes of Coach accepted the Best in Show award for its winning Intl. Visual Competition display, dubbed “Wild Beast.” (Read about the other Renovation Competition winners in VMSD’s September issue, and the Visual Competition winners in the July issue.)

This year’s VMSD/Peter Glen Retailer of the Year award was bestowed upon San Diego-based Pirch. Chosen by VMSD’s Editorial Advisory Board as the retailer who best exemplifies former longtime VMSD columnist Peter Glen’s criteria of excellence in retail, Jeffery Sears, chairman and co-founder of Pirch, was introduced by VMSD’s Feigenbaum and presented the award by Acevedo.

Welby Altidor, creative director of Cirque du Soleil for 16 years, closed the conference with a purposeful message about creativity. In his presentation, “Creative Courage: Challenge the Status Quo to Make Big Ideas Happen,” Altidor asked the audience to consider the notion that the future of innovation will not be created by scientists or researchers working alone in their labs or offices, but instead is in the hands of a collective human experience working together to create solutions. Each of us, he explains, are creative in our own ways, and we must have the courage to express that creativity in order to be true to ourselves.

“I think that in all of us, in every human, there is this possibility to discover the distinctive genius we have inside of us,” said Altidor. “[We should] spend time practicing that genius. And then, finally, share that creative genius with the world.”